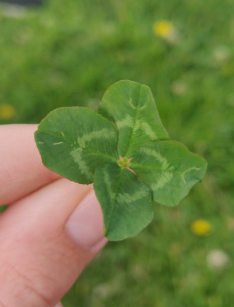 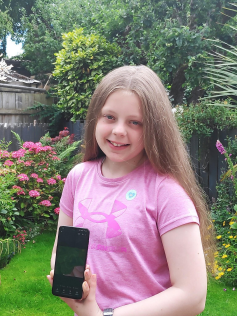 Heighington school recently. It was a four-leaf clover. I think it’s funny that we quickly notice something that is different when we are looking at plants. It was a four leaf white clover (triforia repens) Which occurs

genetically or environmentally it is a rarity 1-in 5,000

I explained that it was very lucky to find a four-leaf clover and that she may be lucky with her exam results. She quickly responded that if she had to rely on a four-leaf clover for good exam results then granddad, that would not be a good idea. I also explain that in the United States someone has genetically engineered and was growing a four-leaf clover, encasing them in plastic and selling them as lucky charms.

I also told her she did very well to take a photograph on her mobile phone, so we could all see it. Well done Persephone.